Titanium Grade 2 Fasteners are used for a non-permanent joint. It can be removed or dismantled without the destruction or damage of the joining components. It has many of the same properties as Titanium Grade 1 but is moderately stronger at the same time. It provides a high level of oxidation and corrosion resistance. Furthermore, it has a high level of weldability which making it exceptionally versatile.

titanium grade 2 bolts is tensioned by the application of a torque to either the bolt head or the nut. The applied torque causes the bolt to "climb" the thread causing a tensioning of the bolt and an equivalent compression in the components being fastened by the bolt. It also shows great cold forming characteristics which allows it to be used in extreme environments. It is quite often referred to as the workhorse of the titanium alloy family. This is due to its availability and versatility.
Titanium Gr. 2 Stud Boltis also known as bolting material or fastener. It has a thread on full-lengths or at both ends. The length of it should be enough to cover the entire nut plus 1.5 to 3 threads exposed. It has excellent formability and moderate strength with superior corrosion resistance. This combination of properties makes it a candidate for a large variety of chemical and marine as well as aerospace and medical applications.
ASTM B348 Gr 2 Hex Boltsare the industry standard for fasteners with forged heads. It can be used for many different applications which include fastening wood, steel, and other construction materials for projects such as bridges, docks, highway structures, and buildings. It may be considered in any application where corrosion resistance and formability are important, and strength requirements are moderate.
ASTM B348 CP Grade 2 Nut Boltcorrosion resistance is based on the presence of a stable, continuous, tightly adherent oxide layer. This layer forms immediately upon exposure to oxygen.
Grade 2 Titanium Screwshave unique properties that make them ideal to use in construction work as well as in certain types of surgery. It is a low-density metal which does not corrode, that means screws made from it tends to be reliable
Titanium Gr.2 Washersis used in conjunction with a screw such as a bolt and nut and that usually serves either to keep the screw from loosening or to divide the load from the nut or bolt head over a larger area. 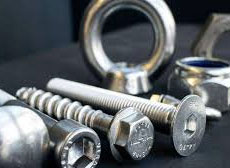 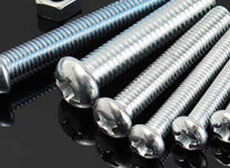 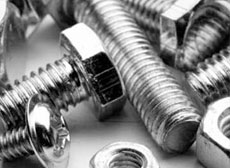 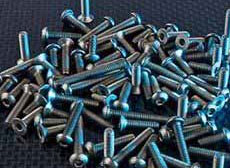 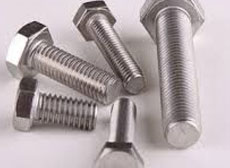 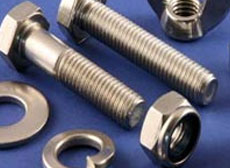