Monel Pipe is a name given to pipes made out of nickel alloys. The primary component of the alloy is nickel and there are additions of copper, manganese, carbon and silicon. Each of these materials is applied in different quantities in different grades of the alloy. The Monel Alloy Seamless Pipes are used in applications that deal with corrosive environments such as sea water, chemical plants and other high corrosive applications. The alloy is also resistance against most acids. The Monel Welded pipes are stronger and can be used where excessive welding is necessary. Because of the special make and raw materials involved, the alloy is expensive compared to other metal alloys. In high temperature applications where the emission of heat by radiation has to be reduced, the Monel Hot Finished Pipes are used. There are different grades and standards of the alloy.

The alloy standards usually govern the diameter of the pipes such as the Monel B165 SMLS Pipes. The Monel ASTM B165 Round Pipes are also one of the most used standards of the alloy. There are different versions of the same standard alloys as well. One major constituent is the making process. The cold drawn seamless pipes are common in high precision applications. The B165 Seamless Pipe has less absolute roughness and therefore could be fitted with other pipes and fittings with very high precision without the need for special tools. The ASTM B165 Hollow Pipes are used in applications that deal with hydrofluoric acid, alkalis, sulfuric acid and sea water. Different shapes of the pipes are also used in different applications. The most common shape is the round one, but others such as the ASTM B165 Square Pipes and Rectangular Pipes are also used according to the application requirements. 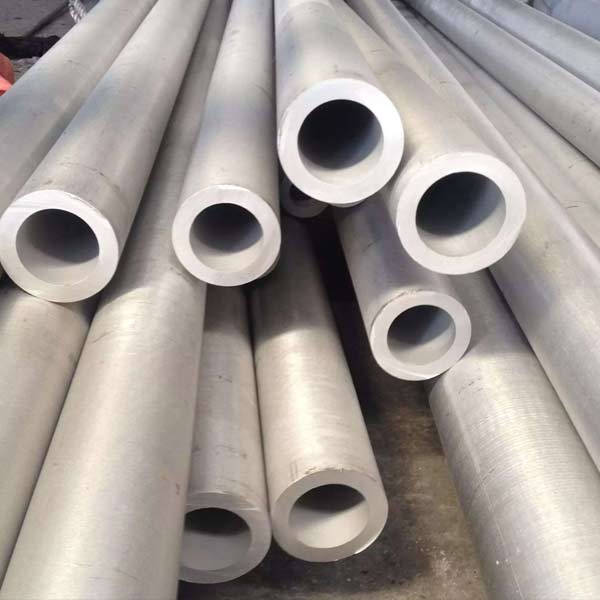 Quick delivery with MTC of below

Monel ASTM B165 Round Pipes