BS EN 10083-2 specifies the technical delivery conditions for both semi-finished as well as for hot formed products which have been produced from the direct hardening non-alloy steels.

EN 10083-2 C45 is a Euronorm Standards Quenched and tempered steels. It is one such variant that delivers different piping requirements in different industries and has proven its worth through its substantial quality and ability to be used in multiple applications. It is easy to spot and distinguish as it has a dull appearance similar to a matte finish. It looks like a cast iron pot and is not shiny. It composition is made of iron and carbon but it has more of carbon content and this higher carbon content gives it unique characteristics, which includes more malleability and durability. It also has a better heat distribution and lower melting point. All these features make it useful in a number of industries and has a number of commercial applications in different industrial sectors.


EN 10083-2 C45E has good mechanical property, good formability and excellent cutability performance, which is widely useful in various industries, such as bridge construction, architecture, marine craft, heavy machine and other structure parts. It is a structural steel grade which provides a good tensile and yield strength which is also used in bolt, nut and lever etc.

In the solution annealed condition BS EN 10083-2 C22E is soft and ductile and it is capable of high properties with a single precipitation or aging treatment. It is been characterized by good corrosion resistance, high hardness, strength and toughness.

BS EN 10083-2 C40E is suitable for heat-resistant screws and larger forged parts as well as for parts of complexer form in machine engineering and vehicle. Lowest application temperature is -25°C.
BS EN 10083-2 C22 are low-cost Low Carbon Steel Pipes and Tubes with 017-024 % carbon content with combination of 040-070 % manganese easy to form and shape. It is not as hard as high carbon steel, but though carburizing it can increase its surface hardness.

EN 10083-2 C35 is medium carbon tensile steel supplied as-forged or normalized condition. It shows excellent forge ability, toughness, reasonable strength and wear resistance. It has good machinability and can be easily welded with the correct procedure.

EN 10083-2 C60 is a high carbon steel. It is more difficult to fabricate than the lower carbon grademedium carbon steel which has good tensile strength. It is capable of through hardening by quenching and tempering on limited sections, it is usually supplied in the untreated or normalized condition. 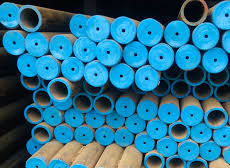 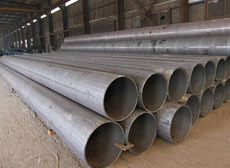 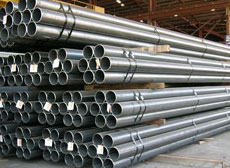 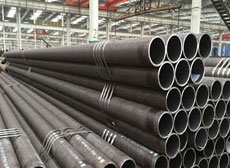 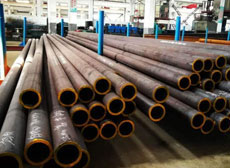 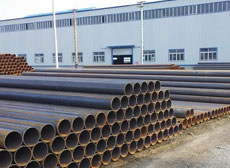