Corten Steel Pipe is a type of steel alloy pipes that are resistant to corrosion after exposure to weather. These are called weathering steel pipes as well. There are different shapes, types and grades of this material. The material was formed to avoid the need for painting. The pipes form a layer of rust on the surface which cannot be oxidized further and acts as a corrosion resistance layer for the inner material. The Corten B Seamless Pipe is a type 2 steel which is used mostly domestic furniture and applications that are heavy like the cranes and passenger ships. The Corten A Box Section is used in structural applications where the corrosion has to be avoided and at the same time the strength has to be retained. The Corten Steel Box Section is used extensively in cranes in combination with hydraulic pipes. There are many Corten Steel Pipe manufacturers in India and worldwide that produce both A and B types of corten steel. The Corten Steel Piping material has carbon, silicon, manganese, phosphorus, sulfur, chromium, copper and nickel in their composition. The ASTM 588 grade has vanadium as well.

These pipes are made through either cold drawing or hot rolling. The ASTM A242 Corten Steel Welded Pipe is hot rolled and is much stronger than the seamless pipes. They could be electric resistance welded Corten A Steel ERW Pipe which is used in many common applications with welding needs. Due to the rust formation nature, it is easy to weld on these pipes but slug removal is important after welding. One of the uses is the Corten Steel ASTM A242 Air Heater Pipe which undergoes hot air with humidity. Even high temperature water or water vapor doesn’t affect this material too much. There are different shapes such as round and the ASTM A242 Steel Hexagonal Pipe. 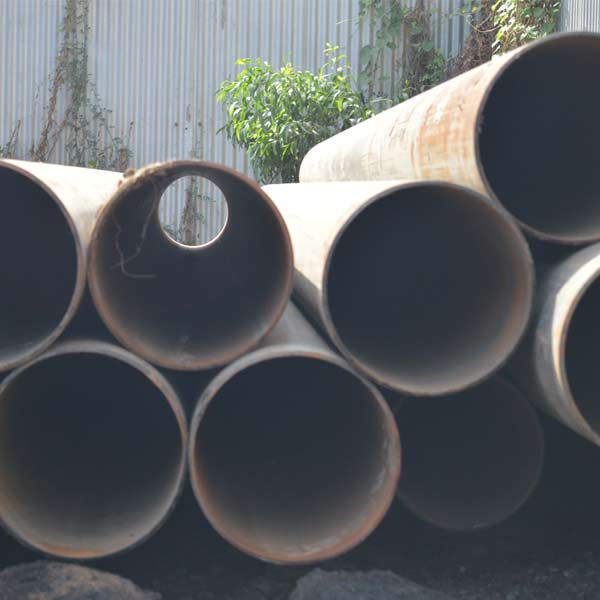 We keep wide stock of