Aesteiron Steels LLP, is amongst the leading Copper Nickel Fasteners Manufacturers. It is available in different grades and specifications. It being manufactured from high grade of qualitative material for durability, reliability, sturdiness & for better and longevity performance

Cupro Nickel Fasteners is made up of an alloy of copper that consist nickel and other strengthening components, such as iron and manganese.

Copper Nickel Bolts is a threaded fastener which has an external male thread requiring a matching pre-formed female thread such as a nut. It is very closely related to screws. Its copper content typically varies from 60 - 90 %. It is generally chosen for sea water parts and service equipment contains 10 – 30 % nickel.

Copper Nickel Screws is an externally threaded fastener which is capable of being inserted into holes in assembled parts. It is used to fasten materials by the engagement of the screw thread with a similar female thread in the matching part. It is commonly used in seawater due to its complete resistance to barnacles. Due to its resistance of various sea organisms, this alloy makes seawater desalination, water systems, fire-fighting systems, and similar applications very reliable.

Copper Nickel Alloy Fasteners are used to create non-permanent joints; i.e., joints that can be dismantled or removed without damaging the joining elements.It has an essential addition of iron and manganese, which are necessary to maintain good corrosion resistance in the harsh environments. It is very thermally stable aside from being very corrosion resistant to sea water.

Cuni Bolts and Nuts is fasteners whereas cuni  bolt consists of a head and a cylindrical body with screw threads along a portion of its length. Cuni nut is the female member of the pair which has internal threads to match bolt.

Aesteiron Steels LLP, is the leading Cupro Nickel Fasteners Manufacturers. It is been manufactured by high quality material with the guidance of our qualified technical team. It is available in various dimensions and standards and has good strength and mechanical properties.
copper nickel fasteners are used to mechanically join two or more objects together, either permanently or non-permanently. There are many different types of fastener and each has its own purpose. It is broadly categorized as either Permanent or Non-Permanent. It is made from an alloy of copper which contains nickel and strengthening compnents, such as iron and manganese. Copper Nickel Alloy Fasteners typically varies from 60 - 90 % of copper content. It is widely used for marine applications due to their excellent resistance to seawater corrosion, low macrofouling rates, and good fabricability. And it is sometimes used for the propellers, propeller shafts, and hulls of high-quality boats. Other uses include military equipment and petrochemical, chemical, and electrical industries.
Copper Nickel Bolts are used to assemble to unthreaded objects, usually with the use of nut. It is been typically used to make a bolted joint by using a nut to apply force while using the shank to act as a dowel. There are different types of bolt such as arbor bolts, hex bolts, anchor bolts, elevator bolts, hanger bolts, J bolts, U bolts, lag bolts, shoulder bolts and rock bolts, etc. The addition of nickel to copper nickel bolt improves its strength and corrosion resistance while allowing the alloy to remain ductile. Other elements can also be added to increase its corrosion resistance, strength, hardening, castability and weldability.

Types of Cuni Bolts and Nuts 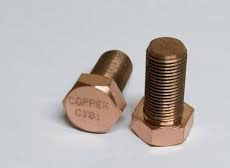 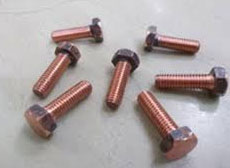 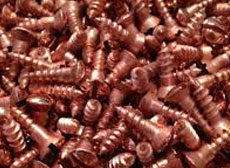 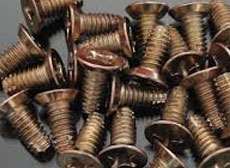 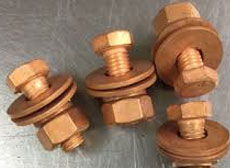 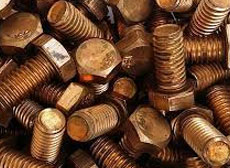