A182 F11 Alloy Steel Flanges is a method of connecting pipes, pumps, valves and other instruments to form a piping system. It also gives easy access for cleaning, inspection or modification. Its joints are made by bolting together two flanges with a gasket between them to provide a seal.F11 Alloy Steel Pipe Flanges are the second most used joining method after welding. They are used when joints need dismantling. ASTM A182 Gr F11 Flange provides flexibility for maintenance. It connects the pipe with various equipment and valves.Most commonly used ASTM A182 Grade F11 Flanges are slip on flange, weld neck flange, blind flange, socket weld flange, lap joint flange and threaded flange and it is commonly used for industrial, commercial, and institutional application.

Chrome Moly Alloy A182 F11 Flanges is used for high pressure and temperature. It is used in oil and gas, energy, construction and in the automotive industries due to its corrosion resistance and high-temperature and tensile strength.
AS F11 A182 Blind Flanges is a solid flange. It is used to block off a section of pipe or a nozzle on a vessel that is not used.
A182 F11 Cl2 Lap Joint Flanges have all the same common dimensions. It consists of two parts, a stub end and the backing flange. It is useful in the conjunction with a "Lap Joint Stub End".
A182 F11 Class 2 Flange is a forging material specification and it is used for manufacturing bare forging or forged and machined products for applications which involves high temperature service. Many times a nozzle is blanked off with a blind flange for pressure tests in a plant.
Low Alloy Steel ASTM A182 F11 Flanges is generally has 1.5% - 5% total alloy content. Its common alloying elements are manganese, chromium, silicon, nickel, molybdenum, and vanadium.  It may contain as many as four or five of these alloys in varying amounts.
1cr-1/2mo Alloy Steel A182 F11 Flanges is light in weight but strong. And in additions of molybdenum and chromium, it offers exceptional weldability along with oxidation and scaling resistance.

4130 AS A182 Gr F11 Threaded Flanges are widely demanded flanges and it is useful in various industrial applications. And it is also known as screwed flange. It has a thread inside the flange bore which fits on the pipe with matching male thread on the pipe.

A182 Grade F11 Lapped joint Flanges are popular in both piping and duct system design. It is slide directly over the pipe and is most commonly used with stub end fittings. And it is often used for applications that require frequent dismantling.

SA 182 Gr F11 Socket Weld Flanges are attached by inserting the pipe into the socket end and applying fillet weld around the top and it is typically used on smaller sizes of high pressure pipes.
ASME SA 182 Gr F11 Slip On Flanges is essentially a ring that is placed over the pipe end, with the flange face extending from the end of the pipe by enough distance to apply a weld bead on the inside diameter.
SA182 F11 Cl1 Forged Flanges are used as a connection component for pipes, valves, pumps and other equipment to form a pipework system. It provides an easy access for cleaning, inspection, modification or repairs.
SA182 F11 Plate Flange is used to seal the end of pipelines, valves or other connection. It is also known as plain flange, flat flange etc. It is a flat, circular disk that is welded onto the end of a pipe and allows it to be bolted to another pipe.
Alloy Steel SA182 F11 WNRF Flanges are often used for high-pressure applications. It is important to identify the pipe to which it is being used for. This is due to the inside diameter of the flange will match the inside diameter of pipe or fitting.
A182 F11 Cl.2 RTJ Flange is a type of flange that used in a metal ring that sits in a hexagonal groove as a gasket to seal the flange pair. It is seal when the bolts are tightened and the gasket is compressed into the groove making a metal to metal seal.
ASTM A182 F11 Cl.2 SORF Flange is known as slip on raised face flange. In this flange the fitting or the pipe is set back from the flange. 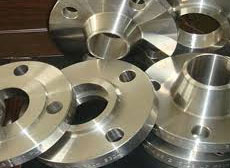 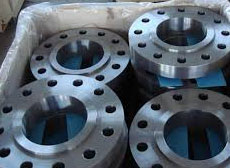 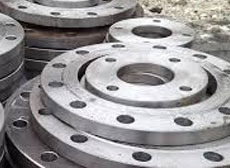 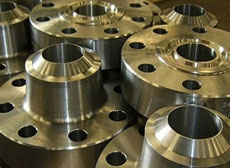 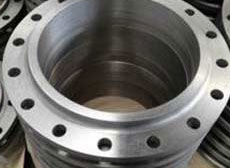 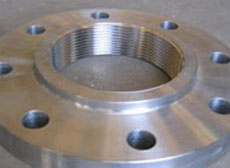 A182 F11 Class 2 Plate Flange manufacturer in India, check f11 steel material equivalent as per ASME B16.47 Series a/ b